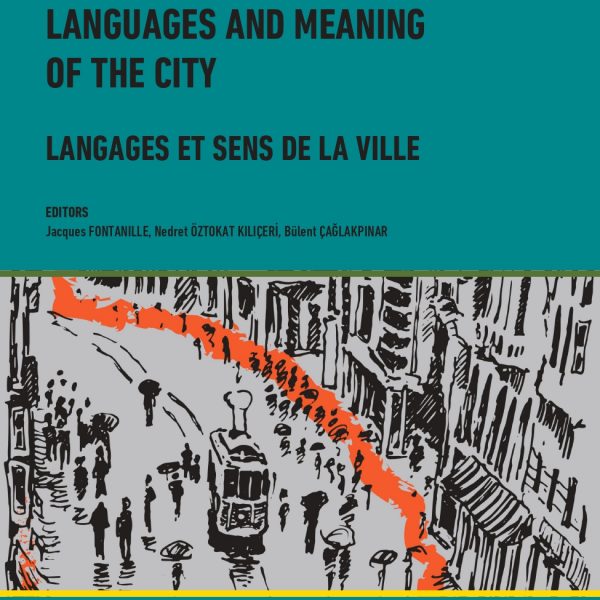 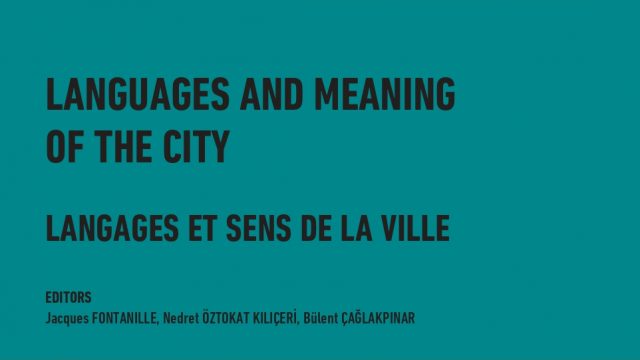 Parution – Languages and Meaning of the City

This book is the result of a multidisciplinary work on the languages of the city, which is the proposed theme of the conference organized at Istanbul University (CongIST’2019). It testifies to the diversity of reflections and studies as depicted by the breadth and depth of the work presented herein. The volume, which brings together 21 articles, offers a general overview of the city as conceived, observed, experienced, imagined, discursivized, heard, and perceived by its inhabitants through administrative, political, economic, cultural, artistic, and esthetic bodies. The first part entitled City as a signifying space brings together seven semiotic articles that demonstrate how the city is organized as a space to practice, to live, and, therefore, to make signified; J. Fontanille, D. Bertrand, P. Basso-Fossali, E. Mouratidou, J. Thiburce, and D. Tsala Effa approach the city from its various aspects; each article offers a semiotic reflection on the organization of meaning in and for the city. The second part address the apprehension of the city in social and political discourses. Under the general title The city as a political and social actor, I. Klock-Fontanille, D. Öztin Passerat, N. Öztokat Kılıçeri, A. Djeghar and A. Djeghar, I. Arkhis, and A. Balcou present the plurality of socio-policies woven across the city to address the balance of power that govern socio-discursive systems. The third part, namely, Poetics, aesthetics and city writing, brings together articles that offer various analyses of urban esthetics on literary and cinematographic works. B. Westphal, A. Lévy, A. Kıran, S. Gürses Şanbay, S. M’Selmi, B. Karslı, S. Bankır Mesçioğlu, and Ç. Yılmaz begin with cinematographic and literary works to depict and analyze the development of the city by the authors. Researchers in the social sciences and in the sciences of language gathered herein question the presence of the city in a multiplicity of aspects that are as diverse as possible. Furthermore, they invite readers to new avenues of reflection and research on the city, which is a familiar yet distant space.