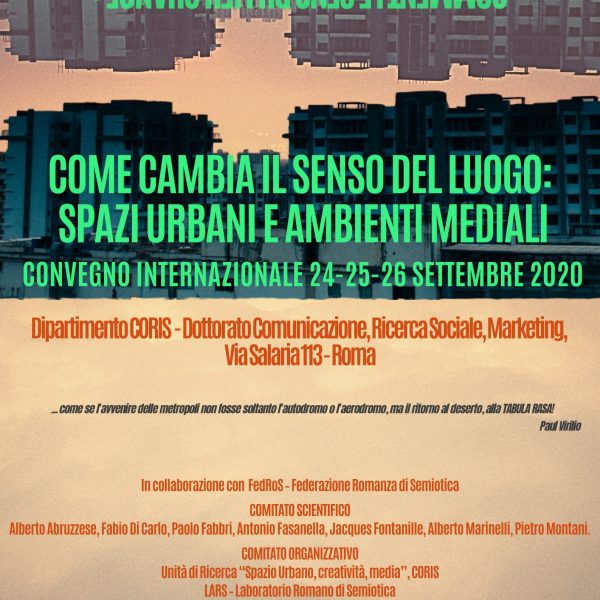 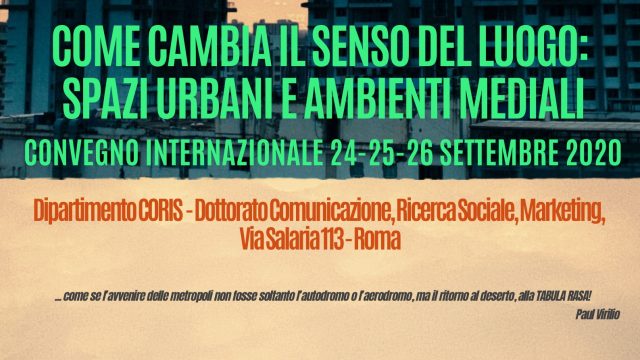 Event – How changes the sens of place: urban spaces and media environments

The conference has two main objectives: the first is to gather several researches of sociosemiotic orientation developed internationally on the theme of the city and its transformations, which are produced under the pressure of local and global cultural flows, of consumption, of social conflicts. The second objective is to investigate the way in which the city becomes a privileged field of observation to understand the changes caused by the progressive mediatization of our living spaces.

Recent developments in digital media are characterized by an ever-increasing relationship with spatiality, a relationship to be understood not only, or no longer, as an overcoming of spatial-temporal perceptions, going beyond the meaning of the place that has always characterized medial forms, but rather as tools totally bonded to space, thanks to the fact that they are increasingly portable – able to move or be moved in space – and geolocalizable – localizable through web based and digital maps. For this reason, more and more tools for the elaboration and the configuration of space are revealed, which intervene in the daily practices of spatialization and their pertinentization.

Here is the final program and the abstract book

You can follow the conferences through the link below:
https://meet.google.com/ukj-vqug-gbo